Today’s trip culminated with a stop and a beer from the St Georgen Brauerei. 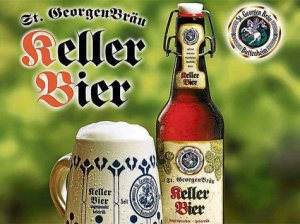 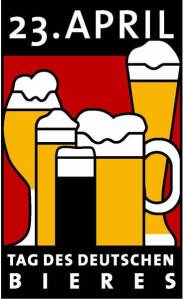 So far today, we’ve seen three different Churches (two in the Baroque-style and the third is a combination Romanesque, Renaissance, and Baroque).

The three were: Kloster Banz, Vierzehnheiligen Abtei, and Dom in Bamberg.  Here are representative pictures …

These churches were amazing.  However, in between seeing Banz and Vierzehnheiligen (across the valley from each other) AND going to Bamberg to see the Dom, we climbed the Staffelberg.

This was a precursor of great things to come!  After we spent some time in Bamberg at the Dom (Cathedral), we drove to Buttenheim and checked into our hotel.  From there we walked over to the St Georgen Brauerei and realized they had a Fest going on!  Wooo hooo!   We checked out the set up (which was in the warehouse — cool!), had another St Georgen Bier (this time the Schwarze), and partied into the night … sorry no photos of the great dancing we were we doing! LOL!

All of the beers from this brewery were excellent (yes, our hotel was in walking distance … ha ha!)  We tried the Keller bier, the Weizen, the Schwarze, and the Fest Vollbier.  All excellent — worth a try if you can find them!