This will be a pretty short post — we traveled to a few places in these two countries. We took a boat ride up the Mekong from Vietnam to Cambodia stopping in Phnom Penh. Then we drove from Phnom Penh to Siem Reap, stayed there a few days, and then flew to Luang Prabang in Laos. We traveled by boat from there (on the Upper Mekong) to Thailand. During this whole time, I actually only saw a few local beers.

In Cambodia, it was “Angkor.” I think I had one called “Cambodia Beer” too. 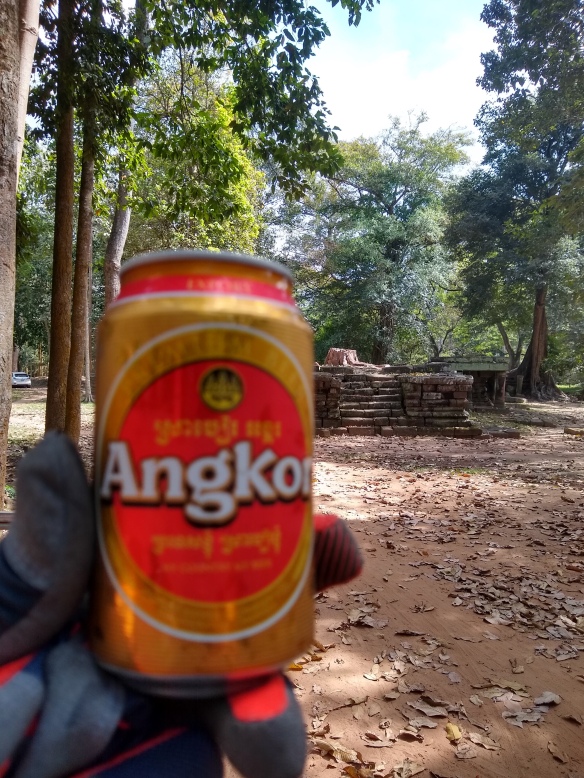 Both your typical warm-weather lagers … they were refreshing, but very limited. In Laos, it was even worse … just “Beerlao.” 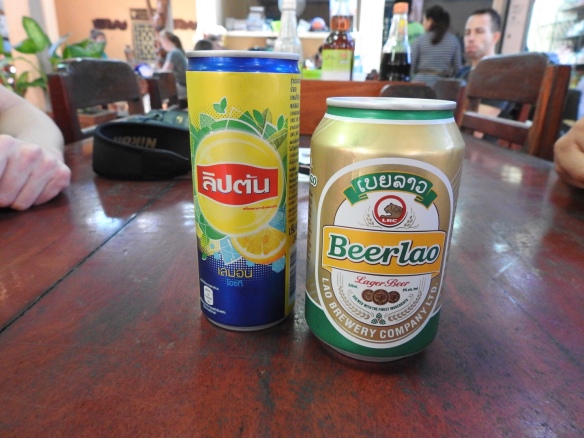 However, you could get “dark” or “light” … both lagers. Oh well. I tried to get other beers, but they were usually out of the imports.

Oh, I forgot — we did try a local brew — it was Rice Whiskey … here’s the “Still.” The dog must have been at the alcohol.

However, after drinking it, I could swear this “lion” statue looked like a monkey. Haha. 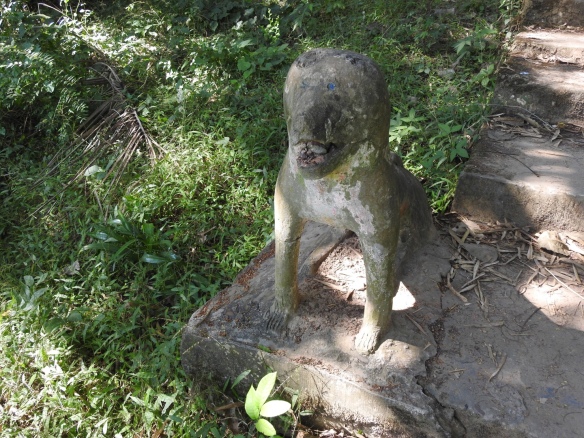 Actually, it was very clean and crisp — and had a good kick!

Lol. On to Thailand!