You are probably thinking, because of my silence, I didn’t make it a week.  You would be wrong!  I’m still going strong on the beer drinking … just not as strong on the blogging.  haha.  I’ve decided to put the rollup in here to catch up.

October 15th/Beer 9 — My Birthday Beer!  Celebrating 50 years.  Yes.  What was it you say?  Well I was in Portugal, so the pickings were slim.  I went with the Sagres Preta … it was like a Stout … not bad actually.  A beer made in Portugal.  You will see this trend over the next couple of days … 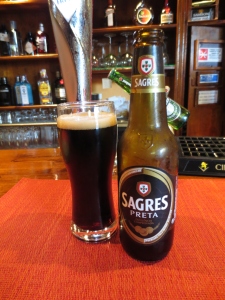 October 16th/Beer 10 – Sagres Bohemia – A strong dark lager beer, this one is ok too.  Always good to try something … once. 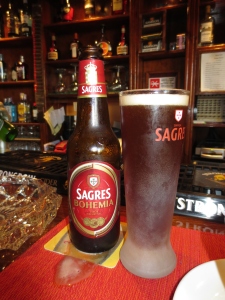 October 17th/Beer 11 – Surprise! Another Sagres.  This time it is just the standard lager.  Again … I guess I could drink these if I had to–I mean, it’s a lager.  I’m over those. 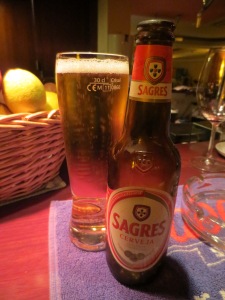 October 18th/Beer 12 – Flensburger Weizen.  Yes I had a German Beer in Portugal.  We were out at this really cool bar/restaurant (Cruzes Credo Cafe) and they had it.  I took it!  It was good, as I expected.

October 19th/Beer 13 – Super Bock Stout.  Another Portuguese beer … A Dark Lager.  I slipped this one in under the wire … I think I had it around 2330 … whew.  When your time is short, you take what you can get!

October 20th/Beer 14 – Goose Island 312. This was a nice American Wheat beer–don’t get me started about that style.  Had it at O’Hare Airport on my way back home from Portugal.  It’s nice to find a decent beer in the middle of your travels.  I’d drink this one again! 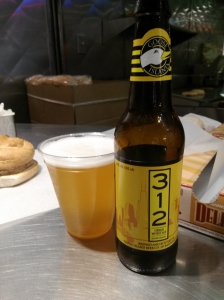 October 21st/Beer 15 – Shiner Bock.  I had to roll back to a standard beer at the house.  Sometimes you’ve got to do that!  I keep Shiner on hand (since I am from Texas).  It’s a good fall back beer when you need a little something to whet your whistle.

October 22nd/Beer 16 – Southern Tier Cuvee (Series #3).  I was celebrating my birthday at my favorite local watering hole (Tripel Brasserie).  This was just one of the four I brought in to try … I usually love Southern Tier … this one was a little sweeter than I anticipated. 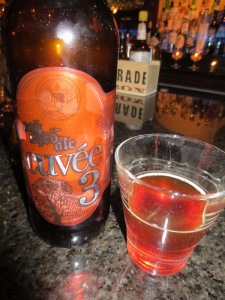 October 23rd/Beer 17 – Pabst Blue Ribbon.  Yep.  No picture of this one … I was at a local dive bar watching a really interesting “Zombie” Band called “Dead Dick Hammer.”  Yeah.  I had to drink a PBR.  LOL.

October 24th/Beer 18 – Southern Tier IPA.  Went to another standby at the House.  I really like the Southern Tier beers and this one was no different.  Really good IPA.  Keep it up guys! 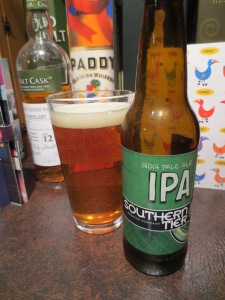 October 25th/Beer 19 – Urban Chestnut Dorfbier.  This Urban Chestnut place is making some excellent beers–many in the German-style.  Really like their stuff–the Dorf Bier is quite quaffable.  Good choice for a Friday.

October 26th/Beer 20 – Stone Pale Ale.  Yep.  Another one I had in the fridge.  Woo Hoo.  I need a trip out to the Stone Brewery.  Putting it on my calendar.  Very nice Pale Ale.

October 27th/Beer 21 – Schlafly Pumpkin Ale.  Finishing up this roll-up with a very nice seasonal Beer from Schlafly.  They, too, make some good quality beers and this is no exception.  I think it is ranked in the top 5 for Pumpkin Beers in the USA.

Well, that captures beers 9 – 21.  I’m three weeks in to this adventure.  I’ll try not to let it stack up again.  I will also start doing a “mini-judging” on each of the beers to keep my practice up (and the information will be useful to you as well. haha).